I often take things apart. Most of the times, I put them back together in the exact same way that I’ve first made them, just with better wire / jump rings (I’ve used some junky things when I started, as we all do, first mistakes and all that.) I don’t usually post these since they are simply… well, structure work, so to speak. 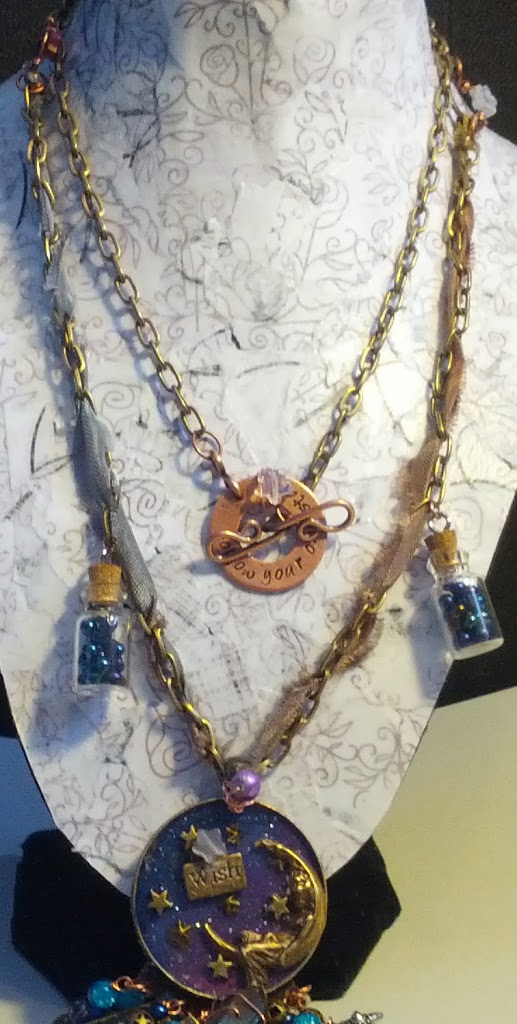 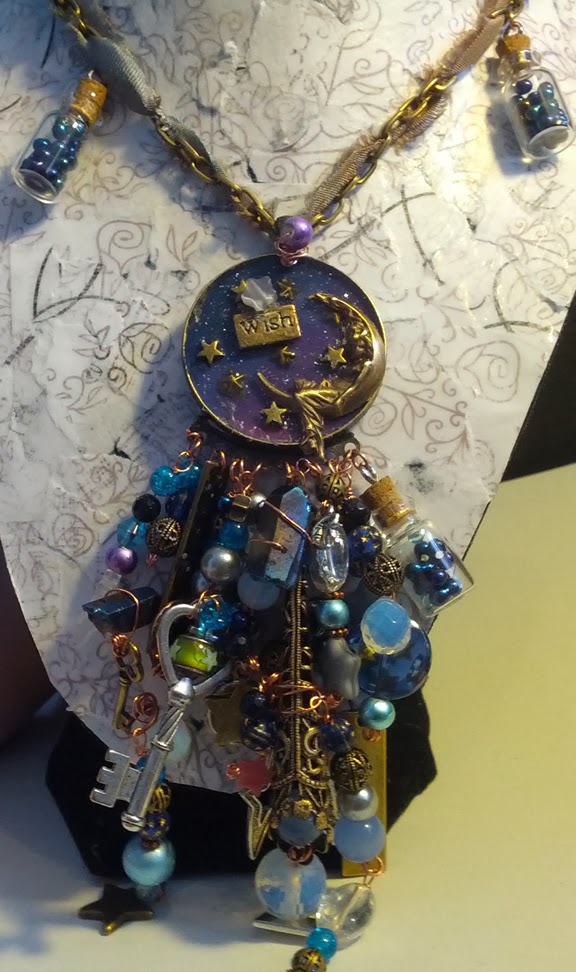 I do adore this piece, I really do, but there were many things wrong with it for many reasons. There was just too much… stuff. The focal was very heavy, the wrap around part kept coming up to choke me from the weight of the focal… So while i did adore this piece, I rarely did wear it.
So I decided to see how I could tweak and improve it. For one, my wire wrapping skillls have evolved a lot ever since I have made this piece, and a lot of things needed to do. By the time I had unwired everything that was on it, plus the bracelet I had made at the same time that I never wore for similar reasons, this was what I had. 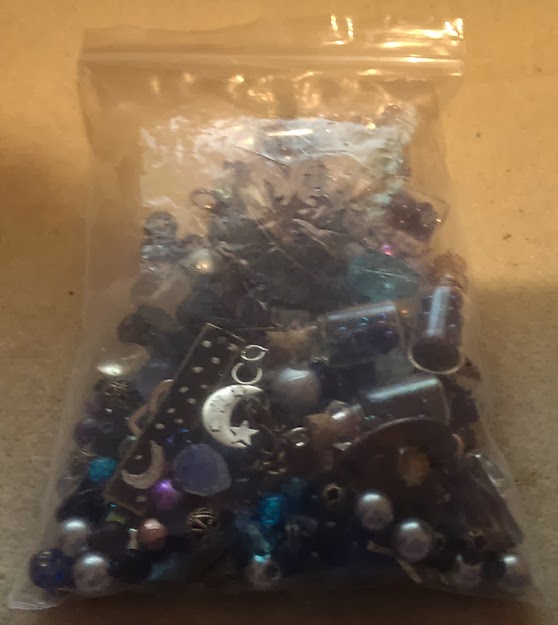 o.o;;; I like my things big and loaded, but… yes. Overkill. This is what I wanted to accomplish –

1. Resolve the weight issue, most of all. Neck pains while wearing necklaces is bad juju.
2. Resolve the focal pulling up, while still allowing it to be seen 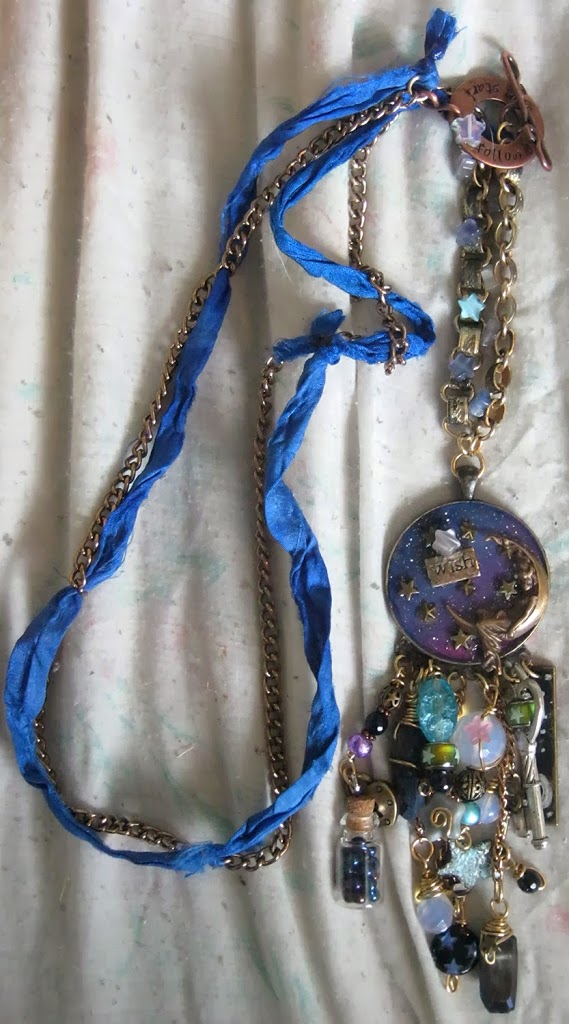 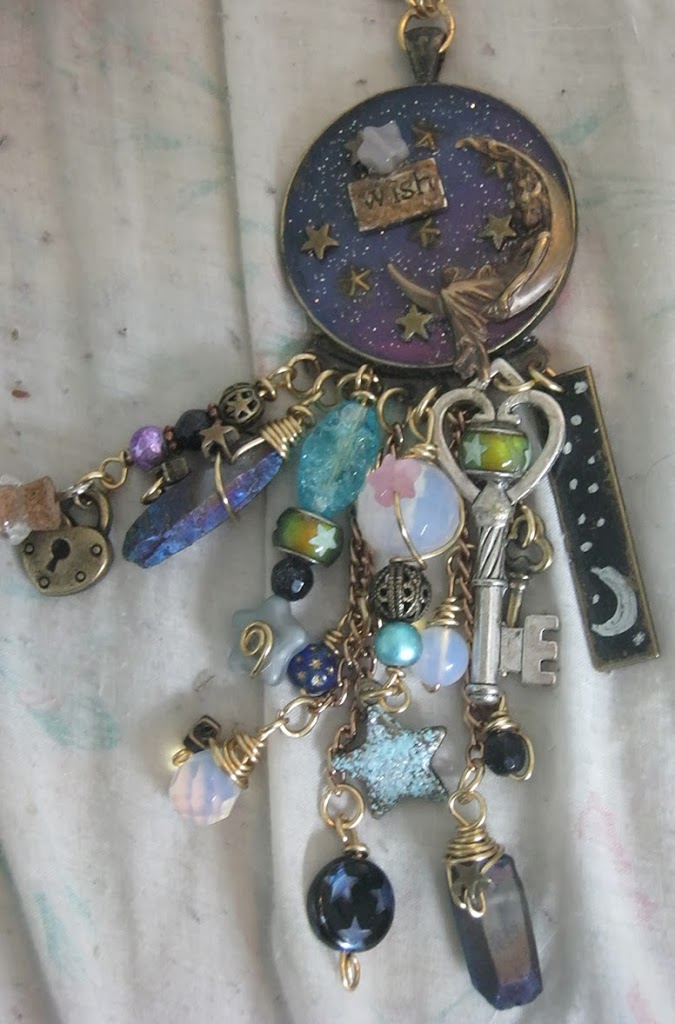 There’s a lot less things wired up on there, for one. I used Iced Enamels on the star tag, I used less of the titanium quartz spikes but bigger ones, and I wire wrapped them up a little more elaborately. Instead of wiring everything up. I used spare bits of chain to create volume and movement. The bookchain was a chance stroke of genius, and I am rather pleased with it.
Next Post
Previous Post