You know what im talking about, right ?

That one piece which drives you CRAZY, and refuses to work out the way you want them to ?

These were the two pieces. 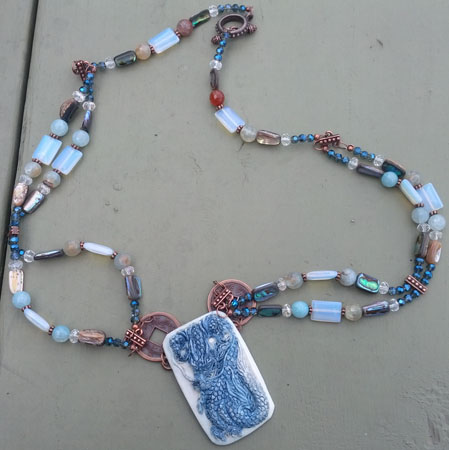 I am a writer (nowhere near a professional level, I assure you !), and quite the mythology nut at that. Dragons have always fascinated me. Western, eastern, does not matter to me. I love me some dragons, and do play a few, so these are kind of personal pieces – once I found those cabochons I was unable to resist buying them and going for it. 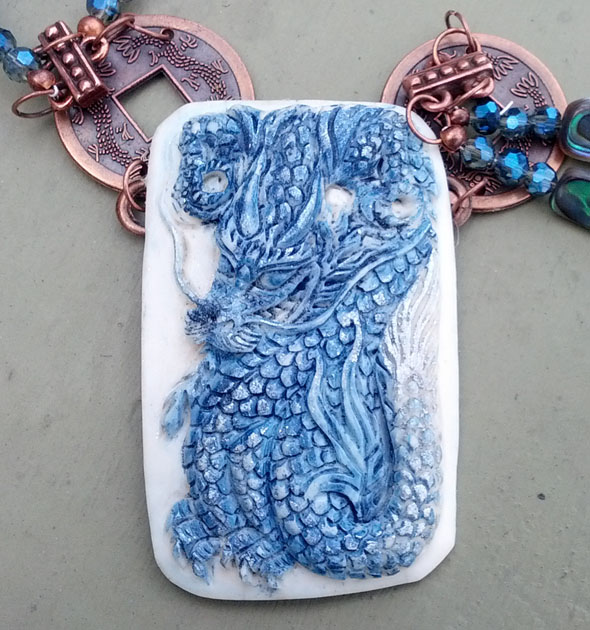 The focals are bone, actually. And I looooooove the stuff. I really want to work with it again – it’s so nice and smooth, not gross at all as some people might think. The dragons in both focals were painted with iris blue and silver gilder’s paste. If I had to do these again today I still think I would still use guilders paste rather than the vintaj patina. Im not too sure how the vintaj patinas would come out not only on bone, but on a detailed surface like this… I would just get some paint thinner on the gilders to make my life easier << On each side are chinese coins, with dragons on one side and chinese characters on the other. I originally wanted to use the coins as a clasp, but the small holes did not make that work very nicely, so I changed my design to use simple toggle clasps instead.

Oh, the design on those changed so much, they only barely look like my original vision of them. Mostly for the better, but… It has been rather frustrating, even if I did learn a lot from the process. What I finally did settle on was rectangle opalite beads, copper spacers and daisy spacers, crystal rondelles, abalone shell beads and sky crackle agate. 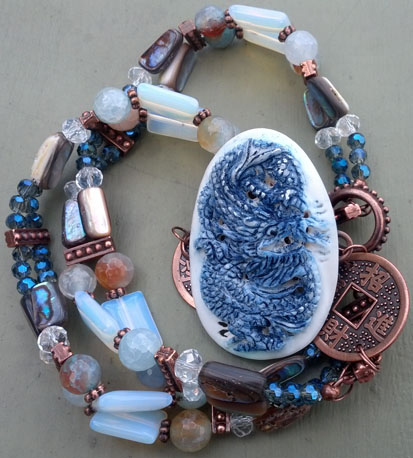 The bracelet and the necklace are the same design… Just applied differently. The bracelet was done first. It was my first bracelet, and my first multi-strand piece. It was redone so many times… I think I lost count at 15. Yes. That many. Too long, too short, ran out of components I could not get again for the necklace, think it up and it probably did happen.

The necklace was not without it’s own share of accidents. The whole thing is heavy, so I had to buy stronger wire for it to actually stay in one piece. 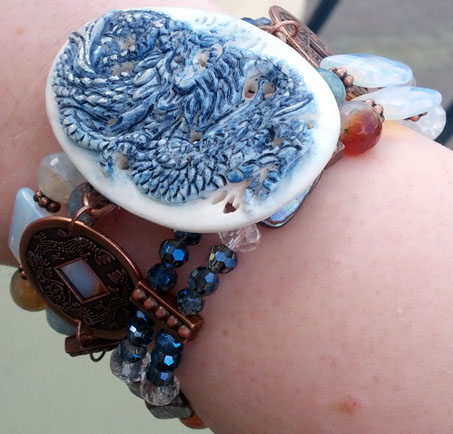 While I am happy with those pieces and love how they finally came out… Well, now that I do know what works, I would probably be willing to do it again. XD I just kind of wish I could go back a few months and spare myself a lot of trouble…

0 Responses to That One Piece